Working on a cruise ship 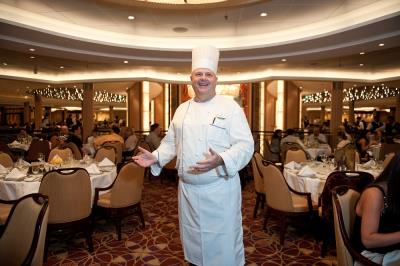 It is not for everybody. Working on a cruise ship is a huge commitment. It involves long periods of time away from home and some workers can get extremely homesick. However, it is also an extremely sociable job. On a cruise, you work with hundreds of crew members from all over the world and get the opportunity to explore some of the world’s most exotic locations.

Many first-timers agonise over what to take with them but it is really quite straightforward. The most important thing to check is what sort of climate you will be working in. You don’t want to have a suitcase full of jumpers if you’re in the Caribbean! Working on a cruise is not for those more particular about their creature comforts. You will be staying in a cabin with up to 4 other crew members and space can be extremely tight. You will be wearing a company-provided uniform every day of the week so don’t bring a huge suitcase, it won’t be needed and there won’t be room.

Although the hours can be long working on cruise ships, staff are treated well. Most ships have several dining halls, crew bars, crew shops, crew gyms, internet cafes and party areas. There are even movie nights and plenty of activities to keep crew occupied in their free time.

With every new ship that is built, the crew areas are always improved to ensure that the quality of life is as high as possible. The reputation of cruise ships is often unfair. There are always very specific rules in place regarding how many hours crew members work, how much free time they receive and what their duties entail. Every effort is made to ensure high-quality working conditions for staff on cruise ships because, in such a closed environment, good morale is especially important.

Derek McKnight is the Executive Head Chef of ‘The Allure of the Seas’, the world’s largest ocean liner. He is responsible for the 17 restaurants and 24 kitchens on board. With a staff of 350, his team feeds the 8,500 guests 24 hours a day.

“We all talk about what is needed on the ship, and we listen to each other. I look after my staff and they look after me,” Derek says.

Derek started his life on the open seas on the QE2, sailing out of Tokyo. He then worked on Cunard’s flagship until 1996. In 2003, he moved back to Ireland and opened his own bar and restaurant in West Cork but the call of the seas proved too much for him. In 2008 he returned to the seas and joined Royal Caribbean.

Derek works demanding hours: four months on and two off but has noticed that, with the rise of modern technology, keeping in touch with his family is much easier. “With Skype and Facebook, we keep in touch every day and, last Christmas, the entire family came out to the ship for two weeks,” he says.